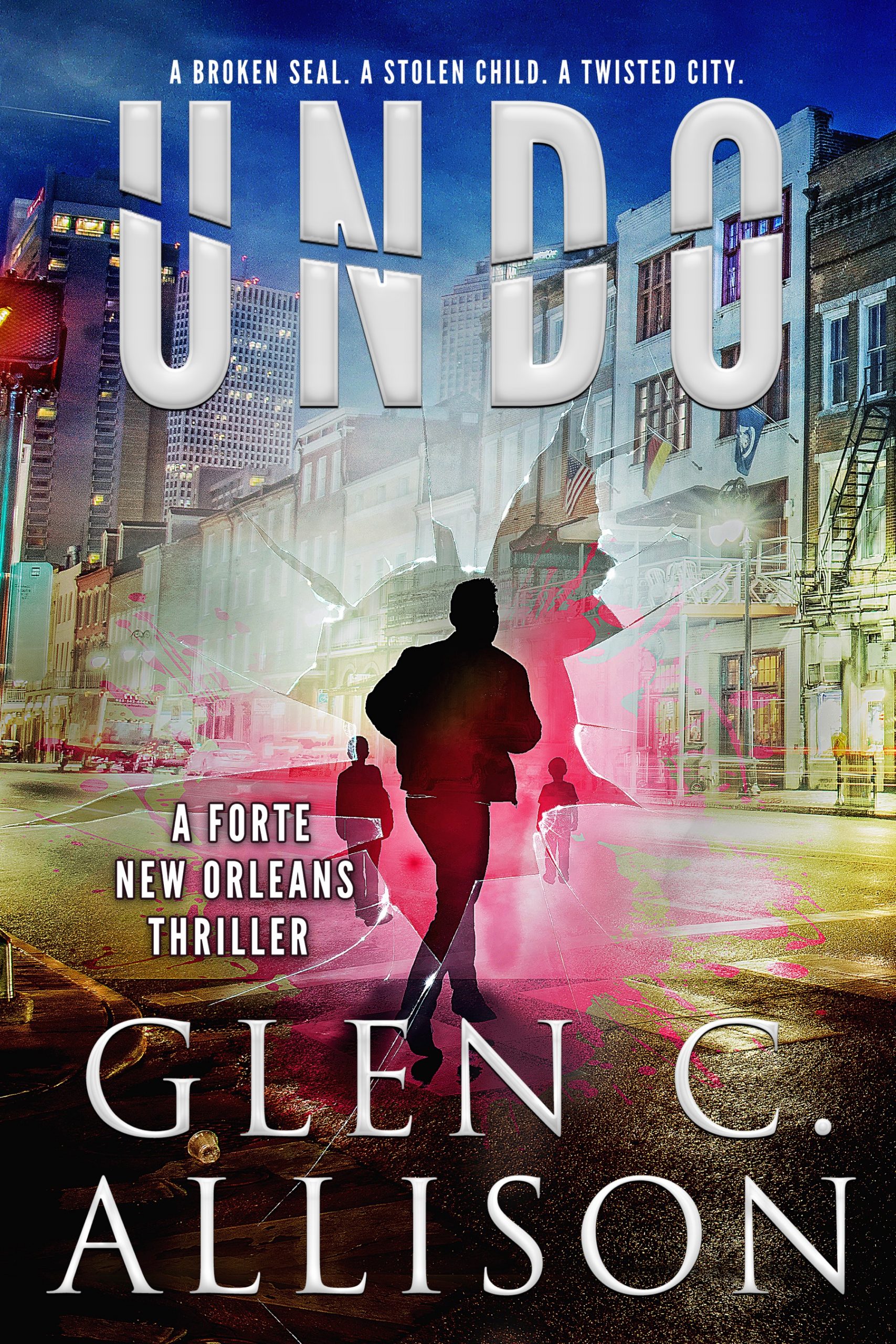 A girl is caught between spies and a killer. How long can Forte ignore his calling?

After the death of his lover in New Orleans, Forte is laying low, trying to heal from his pain. But can he really turn his back on his reason for living – saving children in danger?

When a teen girl is taken, friends and foes try to lure Forte into a spy war. But he turns away, only to discover an assassin seeks to steal the girl from the kidnapper.

If Forte walks away from this sinkhole of trouble, will the girl – and others – die? And will it take him back to the Big Easy – his home and the backdrop for his pain?

UNDO is an addictive kidnap thriller that will steal your sleep.

What readers are saying:

UNDO is the fourth book in the Forte New Orleans Thriller series. It can be read as a standalone story or as a companion to the other Forte books: MISCUE, NETBLUE, and SNAFU. You won’t regret trying this edgy – but not R-rated – series!