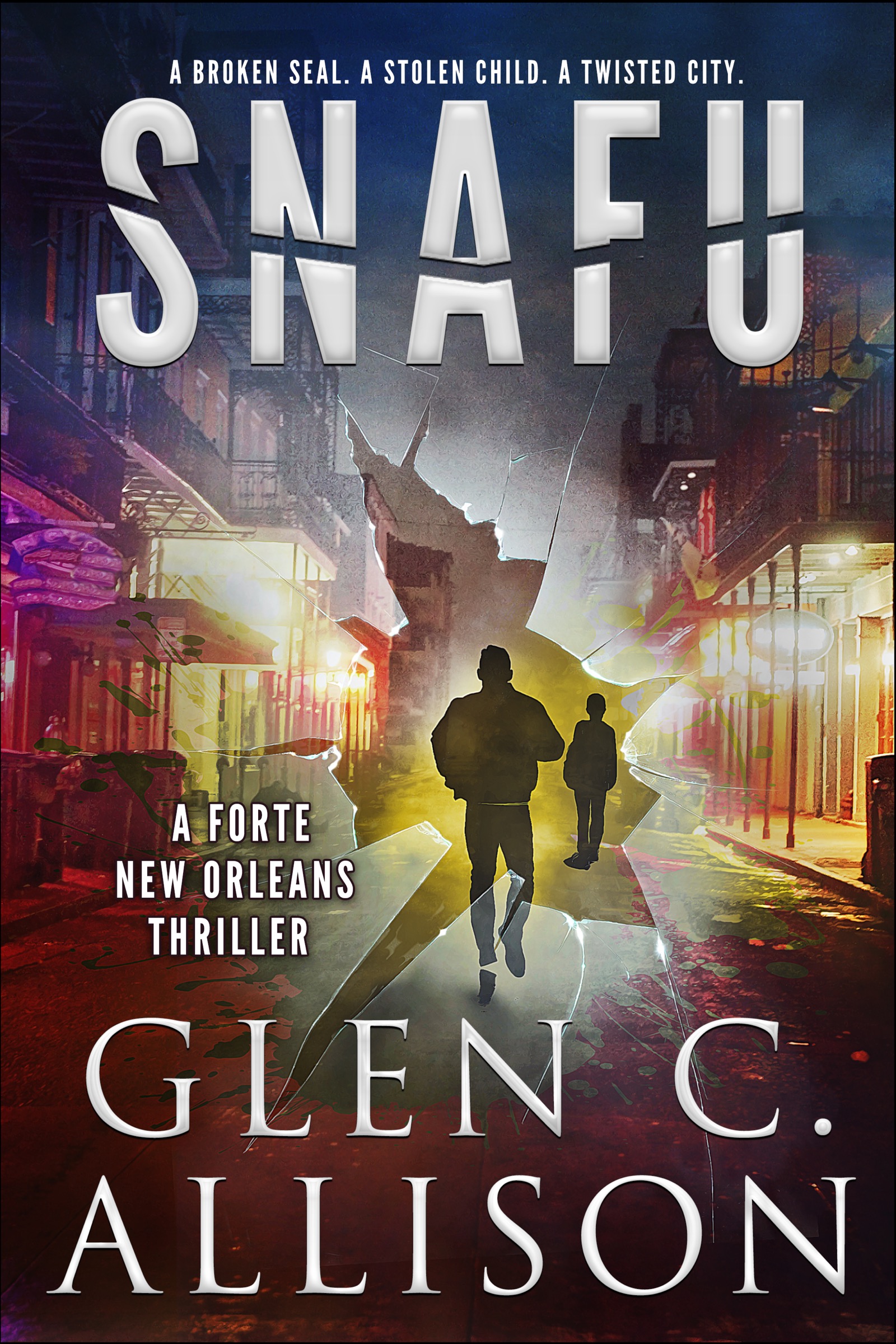 A cargo of children with a hideous secret
that could destroy Forte – and thousands.

After his wife’s murder, Forte finds peace – and new love – a day at a time. But can the ex-SEAL now ignore a boatload of trouble – literally?

When he learns a ship full of kidnapped children is coming to New Orleans, Forte tries to find out why. But the stakes are spiked by an unrelated request; can he rescue the child of the guy who killed his wife?

If he wants to save the children, he must unravel a plot more twisted than he could imagine. But will someone close to him suffer the consequences?

SNAFU is an addictive, fast-paced kidnapping thriller that will steal your sleep.

★★★★★ “SNAFU ratchets up the emotions and the thrills.”

SNAFU is one of Glen C. Allison’s Forte New Orleans Thriller Series. It can be read as a standalone story or as a companion to the other Forte books: MISCUE, NETBLUE, and UNDO. You won’t regret trying this edgy – but not R-rated – series. Enjoy!