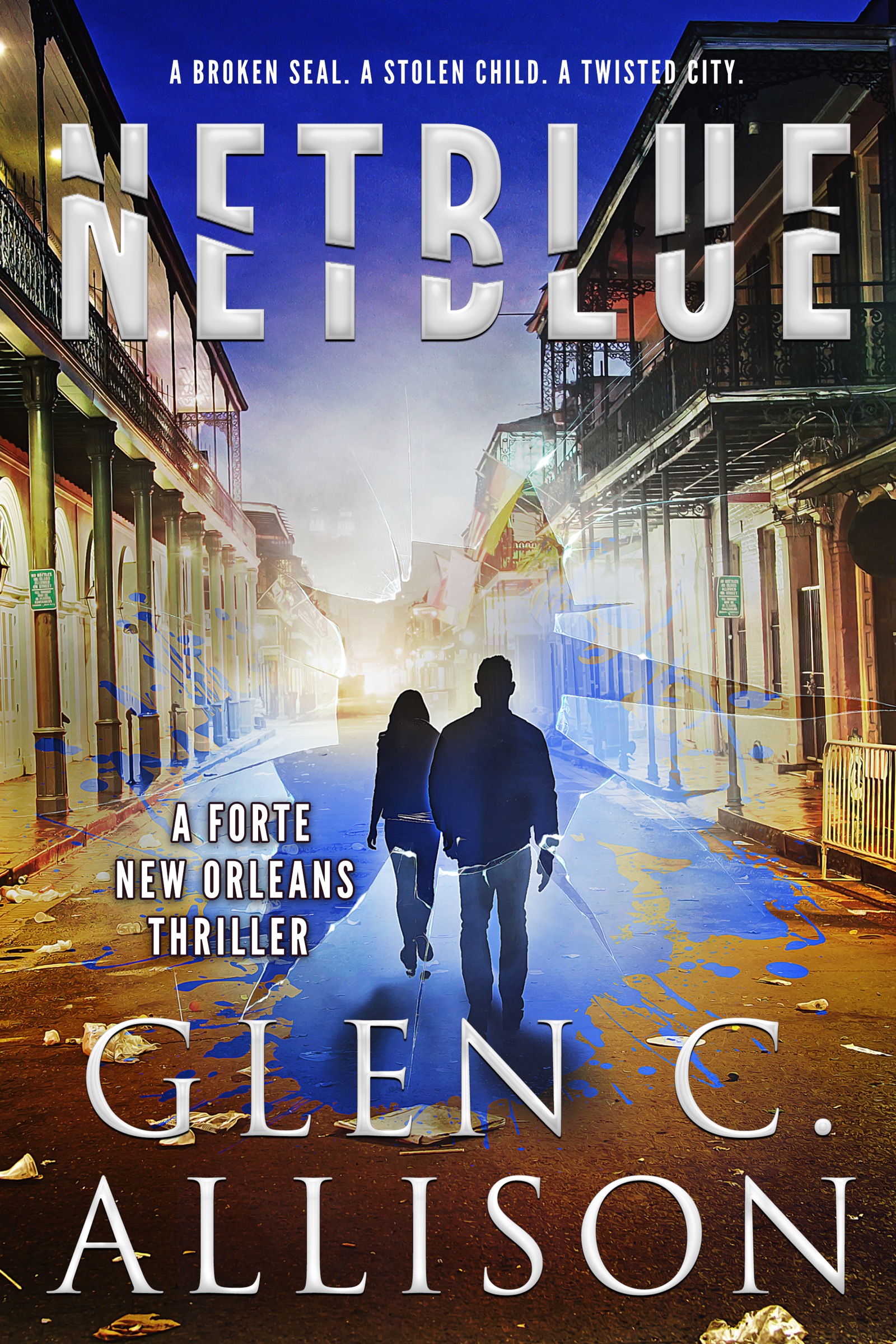 A boy kidnapped by the mob
A girl abducted by a serial killer. Can Forte rescue them both?

Once a top warrior, Al Forte takes it a day at a time. The ex-SEAL’s reason for living? To save the children his murdered wife loved.

The New Orleans mob is after a teen boy – and $10 million his dad had stolen as payback. At the same time, a girl is abducted by a vigilante who kills serial pedophiles. The cases collide and Forte responds.

To recover the girl, he must chase the killer through a maze of cracked streets and gator-filled swamps. But he needs the help of the mobster’s son to find her. Will the twists capsize him?

NETBLUE is an addictive kidnap thriller that will steal your sleep.

NETBLUE is one of Glen C. Allison’s Forte New Orleans Thriller Series. It can be read as a standalone story or as a companion to the other Forte books: MISCUE, SNAFU, and UNDO. You won’t regret trying this edgy – but not R-rated – series. Enjoy!