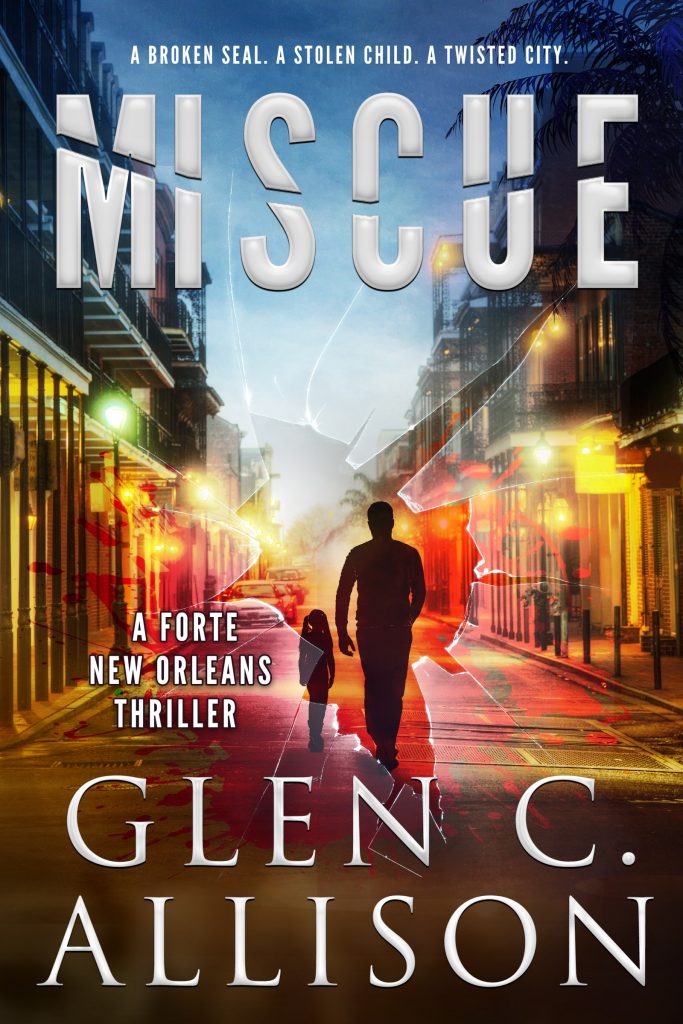 Every lost lamb deserves to be found.

After his wife died in a gang prank, Al Forte covered his pain with drugs. Now the ex-SEAL rebuilds his life one dirty brick at a time in the shadows of the Quarter. How? By rescuing children in danger.

When an abortion doctor is murdered, Forte couldn’t care less. But the killer kidnaps the doctor’s daughter and Forte gives chase.

If he wants to get her back unharmed, he must pursue the killer through a hurricane of suspense and deceit that nearly swamps Forte once again.

MISCUE is an addictive kidnap thriller that will steal your sleep.

Are you ready for a meaningful thriller? Download now and start reading.

MISCUE is the first of Glen C. Allison’s Forte New Orleans Thriller Series. It can be read as a standalone story or as a companion to the other Forte books: NETBLUE, SNAFU, and UNDO. You won’t regret trying this edgy – but not R-rated – series. Enjoy!