Like a Gentleman: A Regency Romance (Love in Portsmouth Book 1) 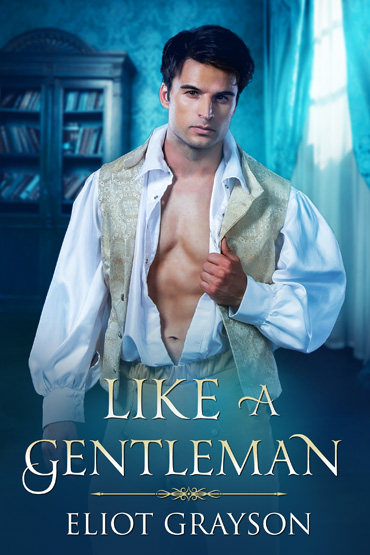 When writer James Rowley discovers his editor has stolen his work, he has only one thought. Revenge. And he’s not above playing dirty (very, very dirty) to get it. By the time James is done toying with the man’s emotions—and body—he’ll be broken and humiliated. It’s the perfect plan…until he actually meets the damnably alluring thief in person, that is.

Leo Wells has spent years pining for the witty, talented man he only knew through letters. So when he finally meets the man of his dreams and discovers he’s a cold, callous rake, Leo’s more than a little disheartened. Too bad he’s also powerless to stay away from—or say no to—the disturbingly attractive James, even if it leads to his personal and professional ruination.

It’s not long before Leo learns there’s more to James than meets the eye, and James begins to wonder if his need for revenge is about to be surpassed by an even more powerful desire…

This approximately 28,000-word novella contains explicit scenes. Although it’s the first book in a series, it does not end on a cliffhanger and can be read as a standalone. Snarky banter and steamy chemistry are included with your purchase, but sadly, James’s hideous pink waistcoat is not.