Laid Out in Lavender (A Garlic Farm Mystery Book 3) 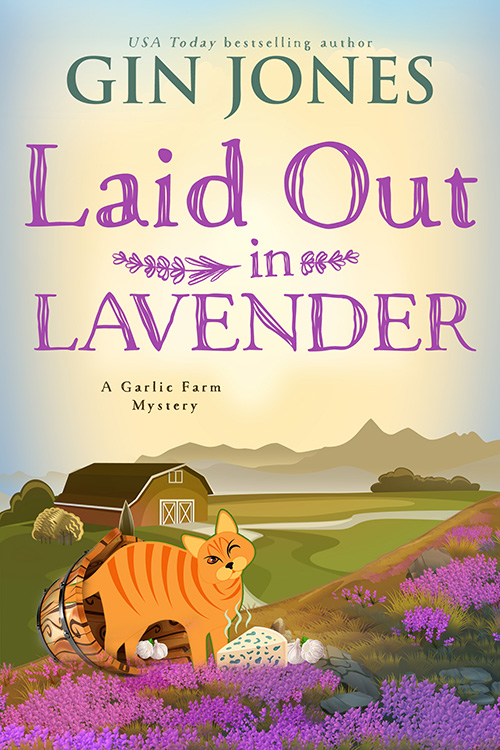 Mabel Skinner still hasn’t acquired a taste for growing garlic, but the app developer-turned farmer does have a nose for rooting out killers . . .

Mabel’s first clients are a retirement age couple celebrating their second chance at love in their later years. Hosting a rehearsal dinner with fresh foods seemed like a good idea to promote the farm—until the dead body of one of the wedding guests is discovered. The suddenly departed was the soon-to-be-ex-business partner of the groom, supposedly poisoned by goat cheese hors d’oeuvres provided by Mabel’s neighbor.

Despite the tragedy and the scandal, the groom insists on keeping his wedding date. But with the adult children from the couple’s previous marriages scheming to stop the new union, Mabel’s farm is reeking with suspects. And if she doesn’t uncover the murderer, her goat farming neighbor will get sent to the pen for life . . .

“Growing garlic might be my newest obsession thanks to Six Cloves Under!”
—Lynn Cahoon, New York Times bestselling author of the Farm–to–Fork mystery series