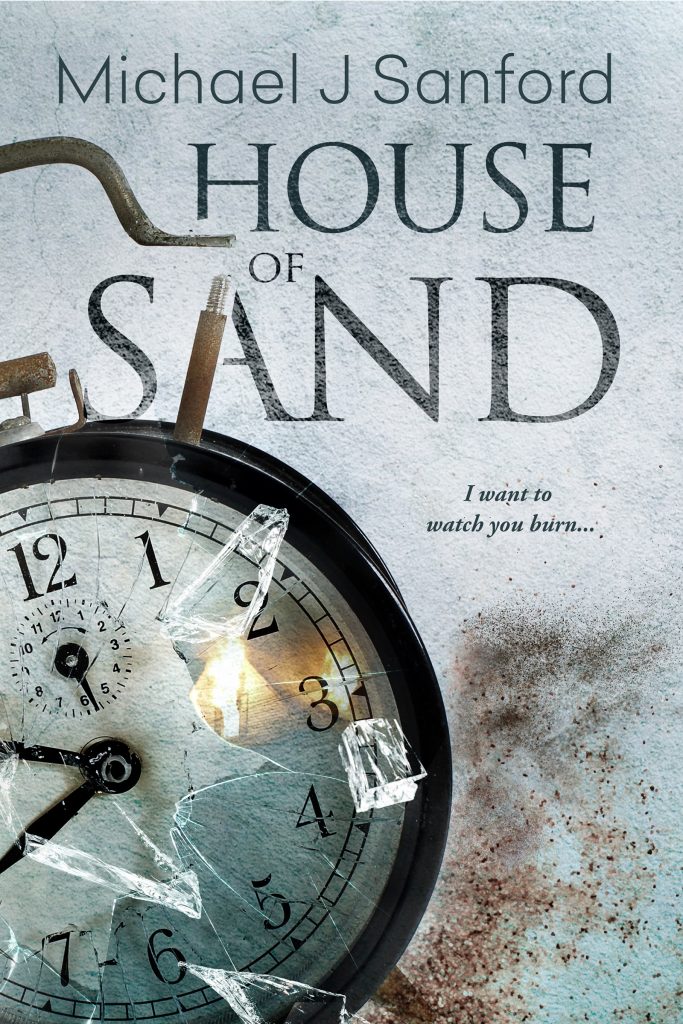 From Book 1: Book One in the House of Sand Series

When a betrayed man sets fire to his home in an attempt to kill his wife and eight-year-old daughter, an abrupt change of heart at the last moment propels him to save them instead. In that single rage-fueled act, he is transformed into a hero. And with it, he is granted a new lease on life. Now, his family worships him. It’s everything he’s ever wanted.

But the voices are still there. The ever-present tick of an unseen clock still taunts him, saying he’s running out of time.

How long can he maintain his lie?
He can’t let them find out. No matter the cost.

In this dark & twisted tale, one man must grapple with his own guilt and sinking sanity as he tries to hold onto the tatters of an undeserved life.