By the Sword: Guardian’s of the Crown Historical Fiction Book Cover Design 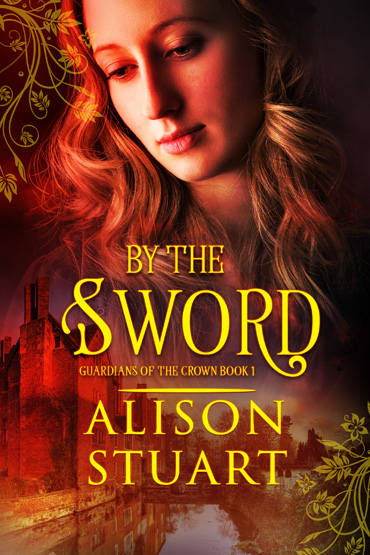 The award-winning first book in the GUARDIANS OF THE CROWN trilogy covering the turbulent years of the Interregnum… Three stories of men who would die for their King and honour, and the women who will do whatever it takes to protect those that they love.

England 1650: In the aftermath of the execution of the King, England totters once more on the brink of civil war. The country will be divided and lives lost as Charles II makes a last bid to regain his throne.

Kate Ashley finds her loyalty to the Parliamentary cause tested when she inherits responsibility for the estate of the Royalist Thornton family. To protect the people she cares about, she will need all her wits to restore its fortunes and fend off the ever-present threat of greedy neighbours.

Jonathan Thornton, exiled and hunted for his loyalty to the King’s cause, now returns to England to garner support for the young King. Haunted by the demons of his past, Jonathan risks death at every turn and brings danger to those who love him. Finding Kate in his family home, he sees in her the hope for his future, and a chance at a life he doesn’t deserve.

In the aftermath of the Battle of Worcester, as Kate struggles to protect her home and family, Jonathan must face his nemesis, and in turn learn a secret that will change his life forever.

Kate and Jonathan’s love is fragile, and their lives are manipulated by events out of their control. What hope can one ragged soldier and one woman hold in times like these?